Exclusive: Analysts talk about what caused the crypto crash and how much longer it will last

During the last few days of 2021, the SHIB token price attempted a bullish breakout from a narrow-range resistance of $0.000038. However, the overpowered sellers pushed the price within the range again and eventually toward the $0.00003 support. The price even breaches this bottom support trying to follow a falling channel pattern

Previously when we covered an article on the Shiba Inu token, this pair gave a fakeout from the $0.38 resistance. while it represented a consolidation period between this level and the $0.00003 support. The bear trapped dumped the price back to $0.00003 support, hoping for another bullish reversal.

However, the bloodbath in the crypto market violated this bottom support, resulting in a fallout. Moreover, the technical chart also shows the falling wedge pattern in the daily time frame chart which leads the correction phase in the SHIB token.

According to the crucial DMAs(20, 50, 100, and 200), the SHIB token price is still bullish as the price is moving above the 200 DMA. However, the bearish divergence between the 50 and 100 EMA could have attracted more sellers to this coin. 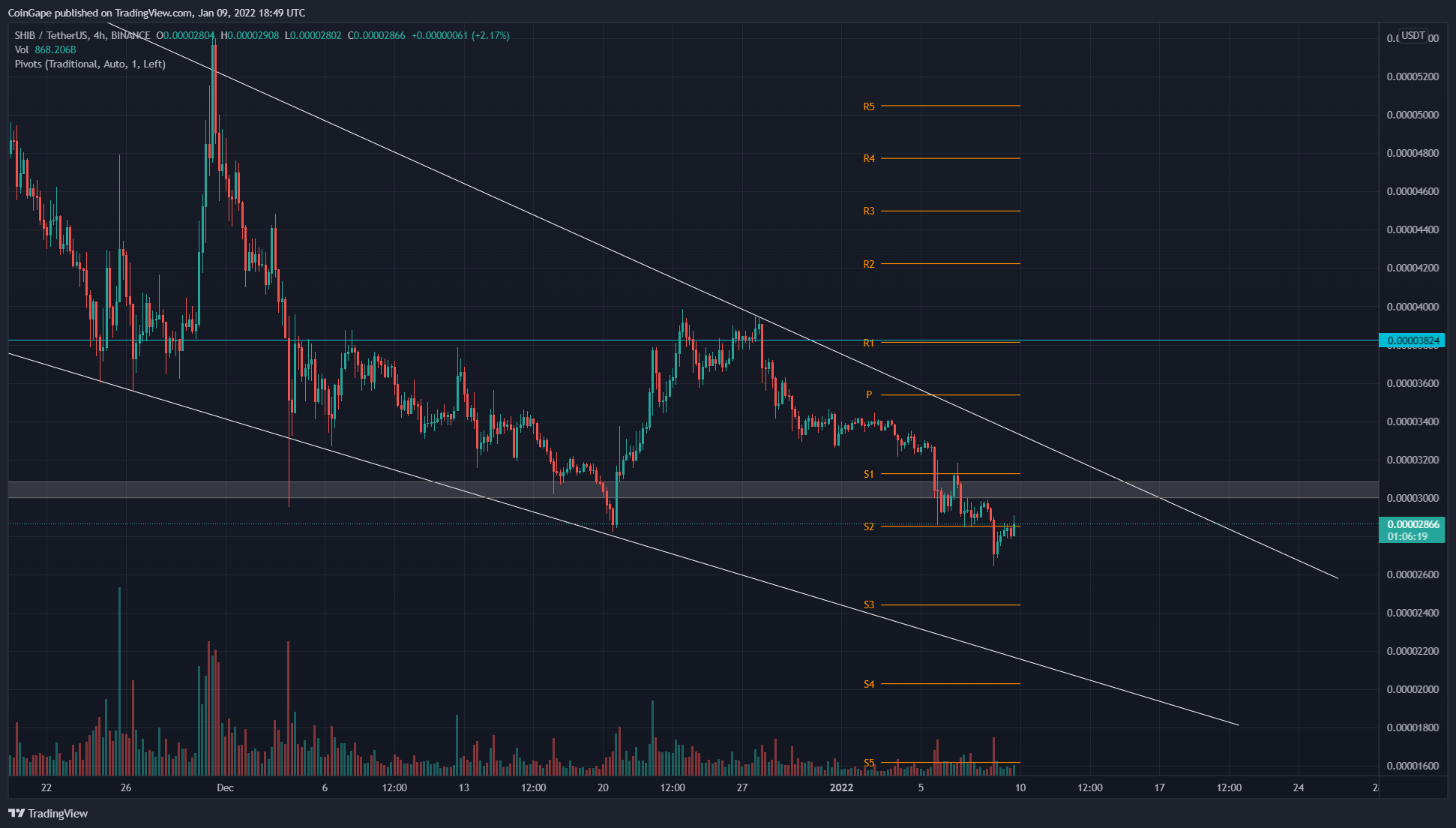 Following the channel pattern, the SHIB token price is steadily charging to the support trendline. On the way, the price breached a psychological support level of $0.00003 and is currently trying to retest the new resistance for sufficient demand.

If the price manages to sustain below this level the correction phase for the SHIB token will continue.

The daily-Stochastic RSI moving in the oversold territory displayed intense selling pressure in the market. However, the K and D line has recently provided a bullish crossover, supporting retracement to retest the overhead resistance.